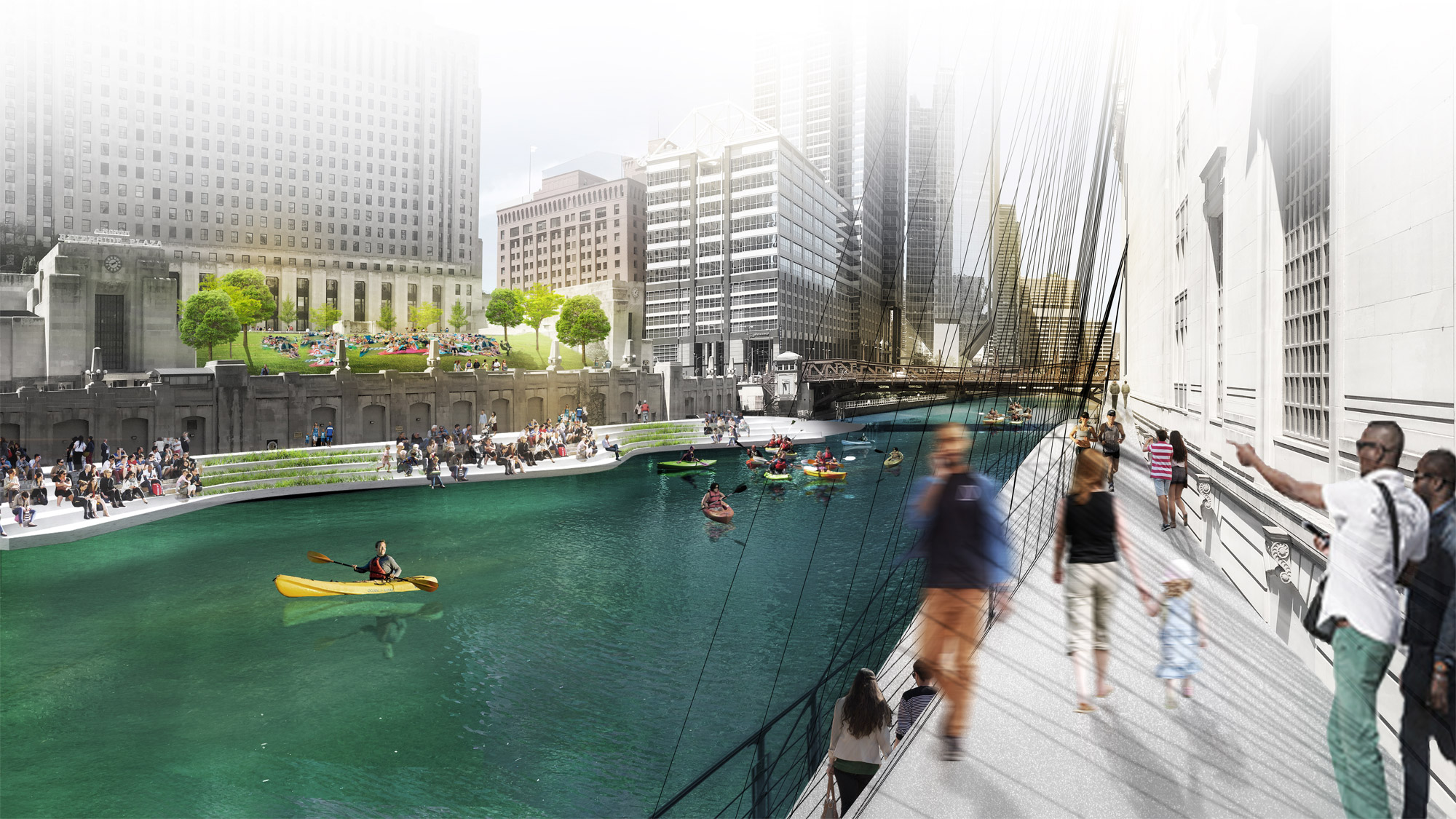 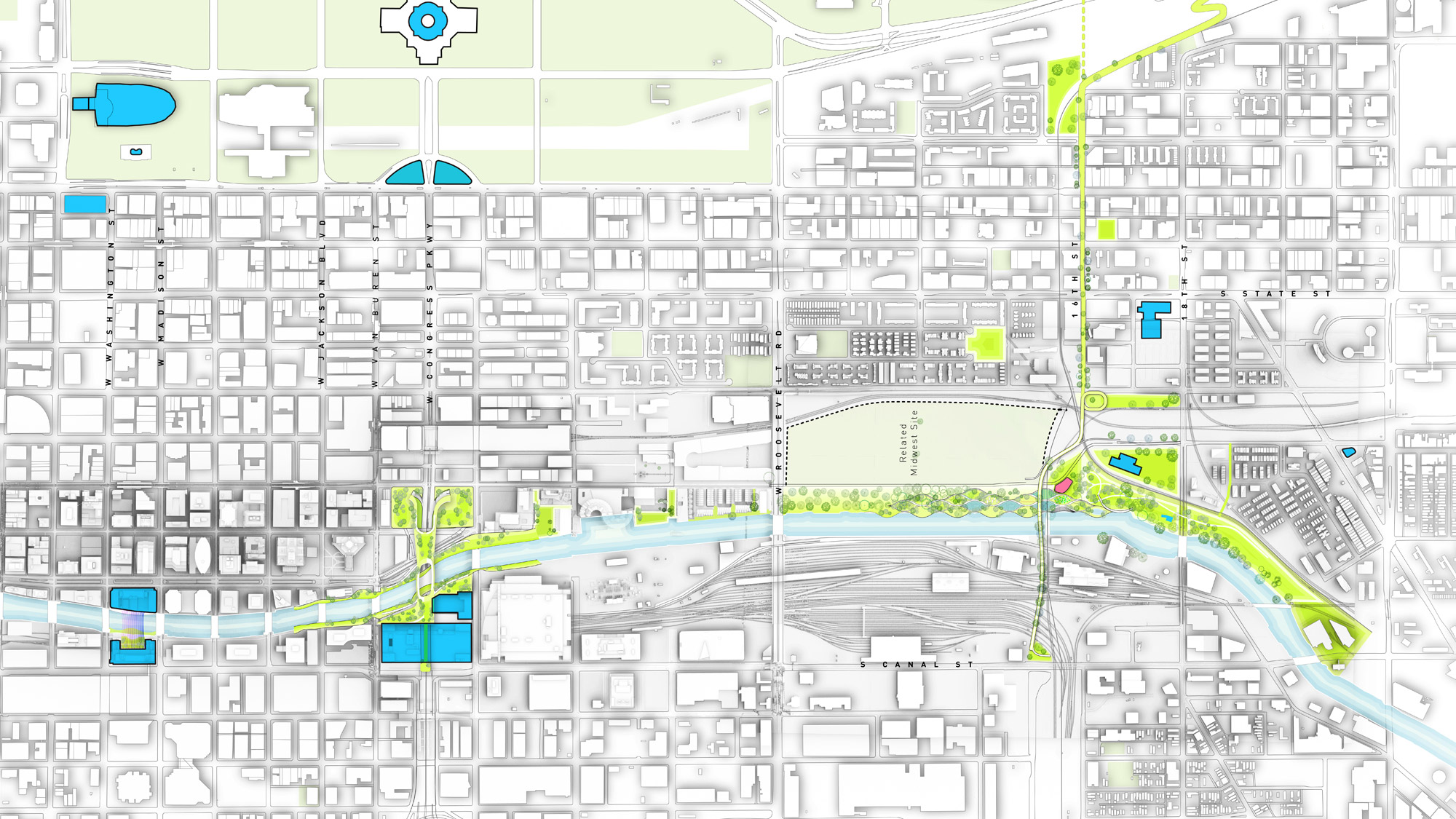 See the vision for all three river sites »

Historically, buildings along the river, like Chicago’s Civic Opera House, have turned their backs to the waterway. Our River Room intervention creates a civic space with the river as its centerpiece and uses the Opera House’s sheer limestone facade as a structural frame for a suspended bridge that brings the experience of cliff-hanging into the city.

The lightweight tensile bridge takes its cues from limestone ornament adorning the Opera House’s otherwise smooth facade. The language of ornamental festoons is scaled up to become a physical space and pedestrian connection hung from an array of tensioned cable elements that attach to the building’s robust steel columns and truss spanning the stage and the house within. The cables will be attached to the building through Opera House’s existing air intake grills in order to avoid permanent attachments on the historic facade.

The bridge becomes part of an urban room—defined by the two sides of the river and the Washington and Madison Street Bridges—that is designed to encourage people to linger and gather rather than passing by. Facing the bridge, a flotilla of tiered platforms steps up to Riverside Plaza. The plaza is softened with a sloping landscaped knoll that welcomes people to enjoy live performances, picnics, and parties. At night, animated by LED lighting embedded on each cable, the bridge becomes a city attraction.

Drag the slider left and right to see how this site looks now compared to if this idea were built. 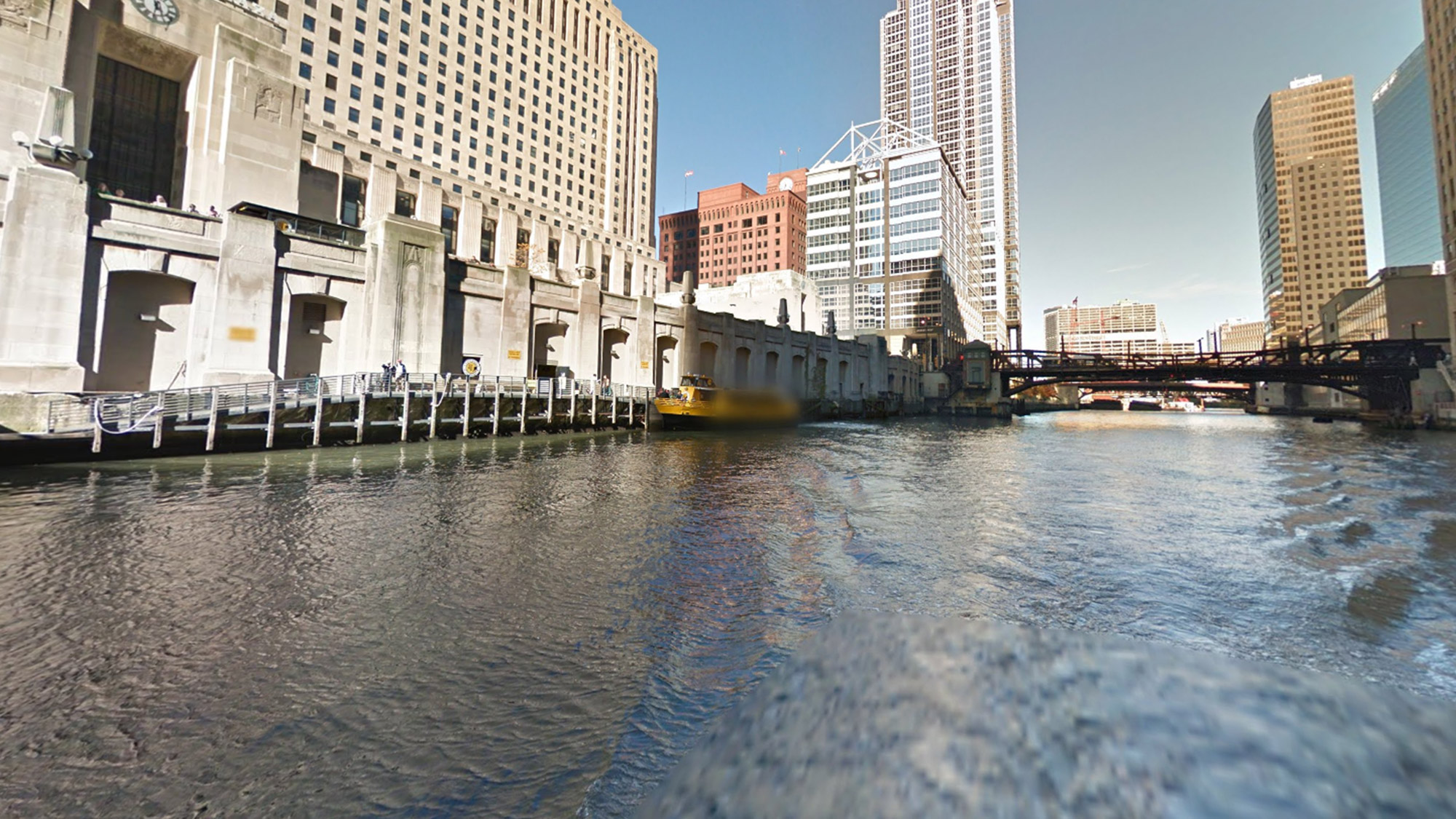 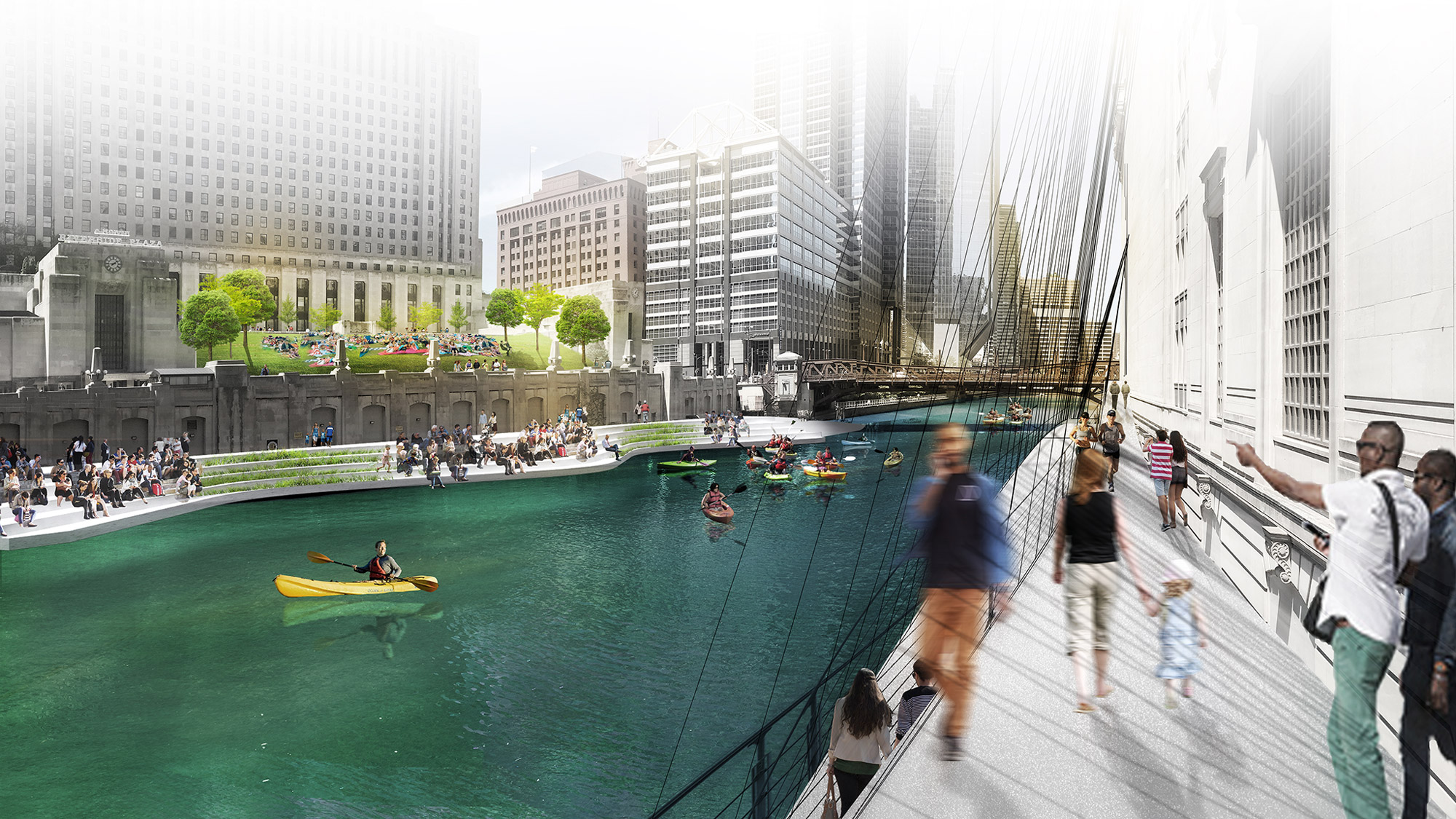 All ideas for Civic Opera Edge

More about this river site » 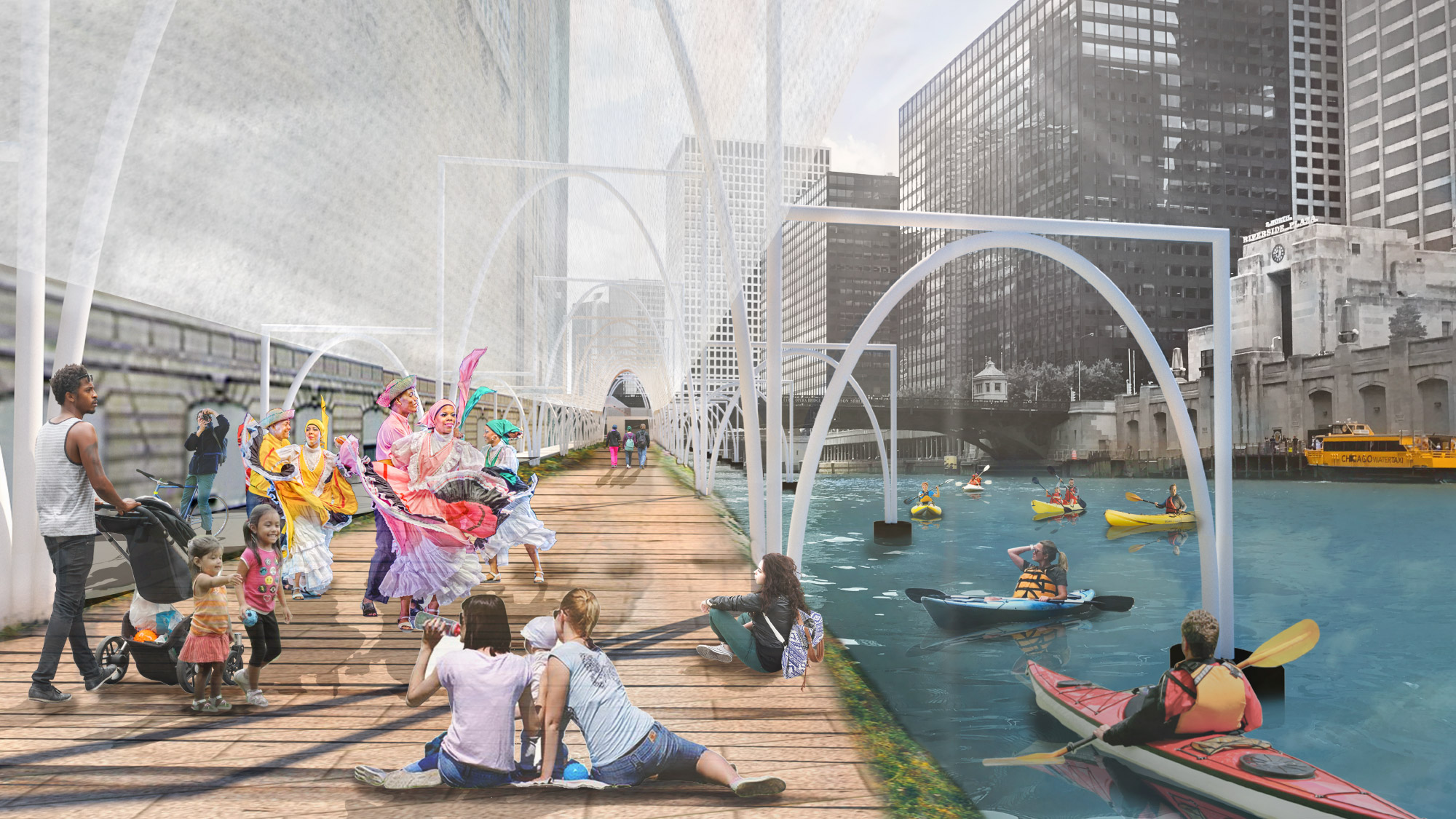 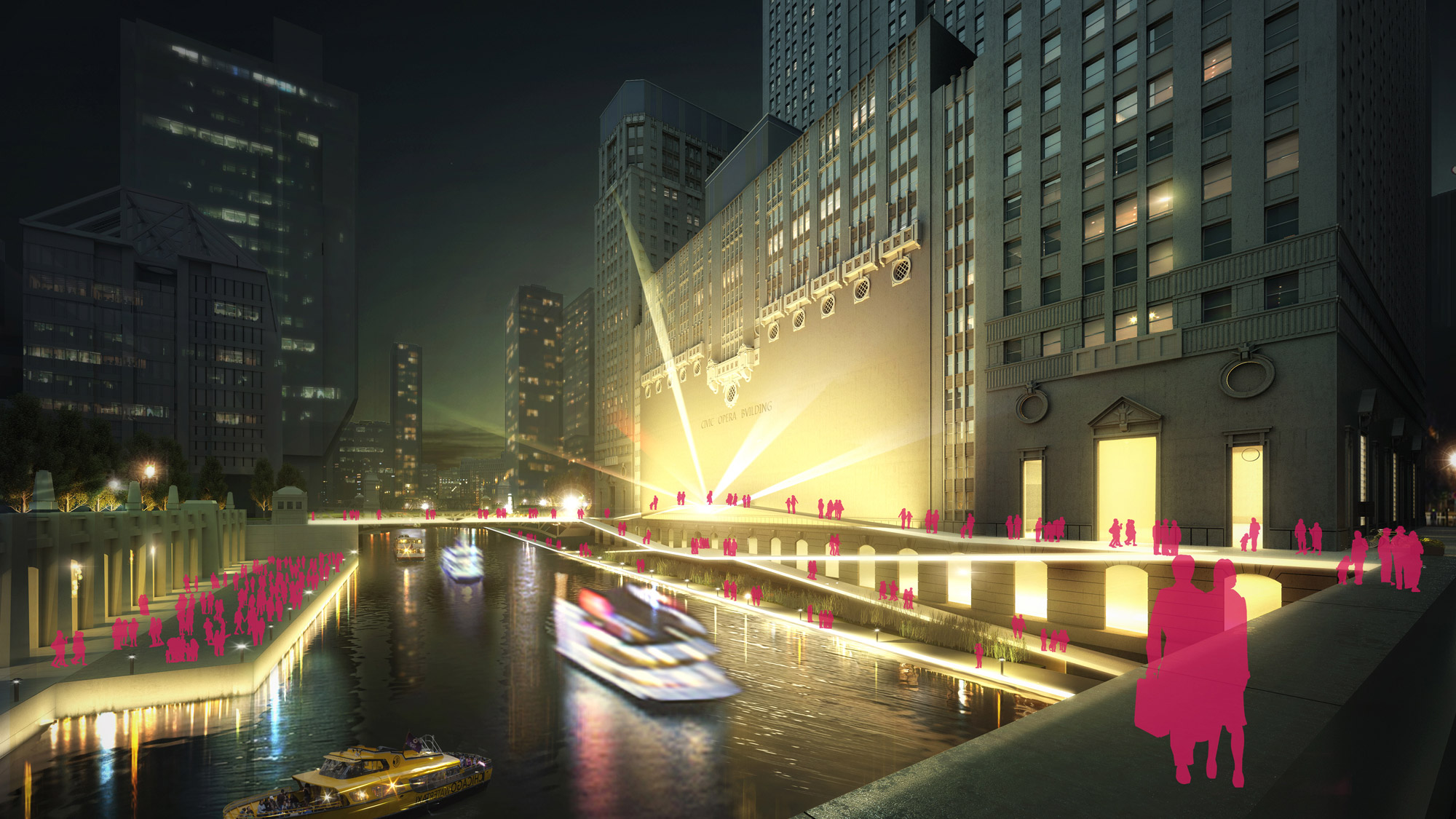 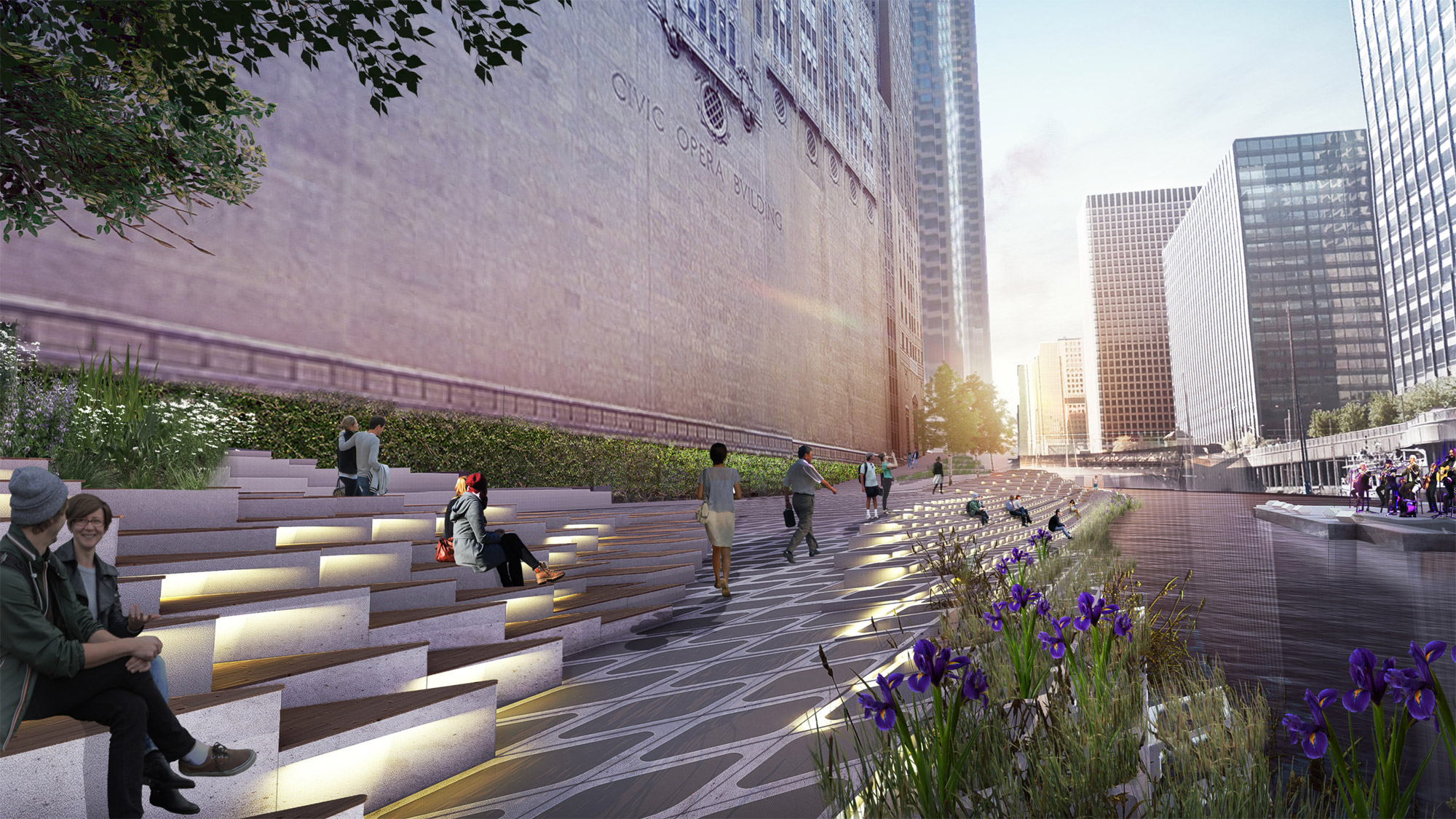 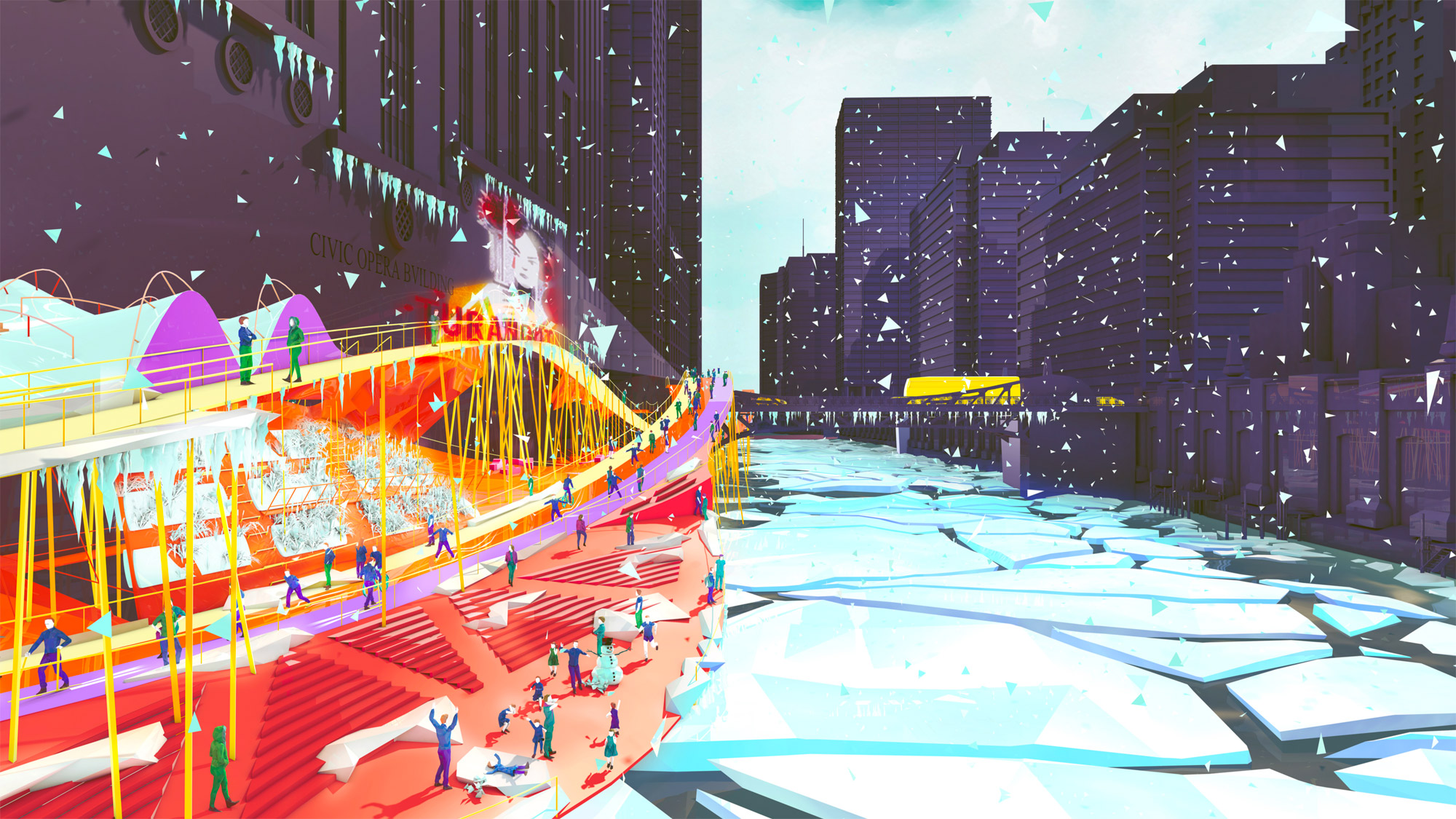 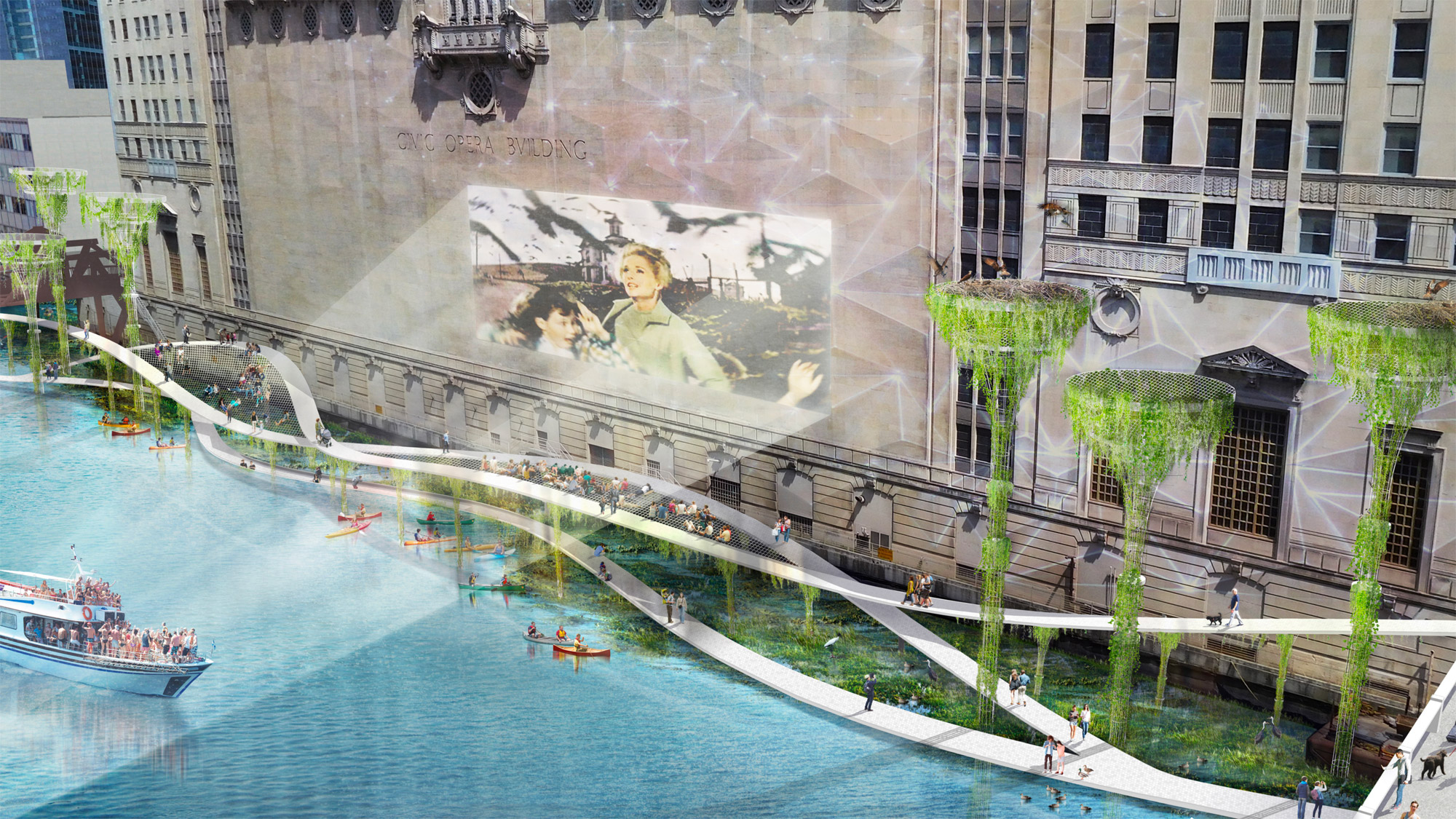 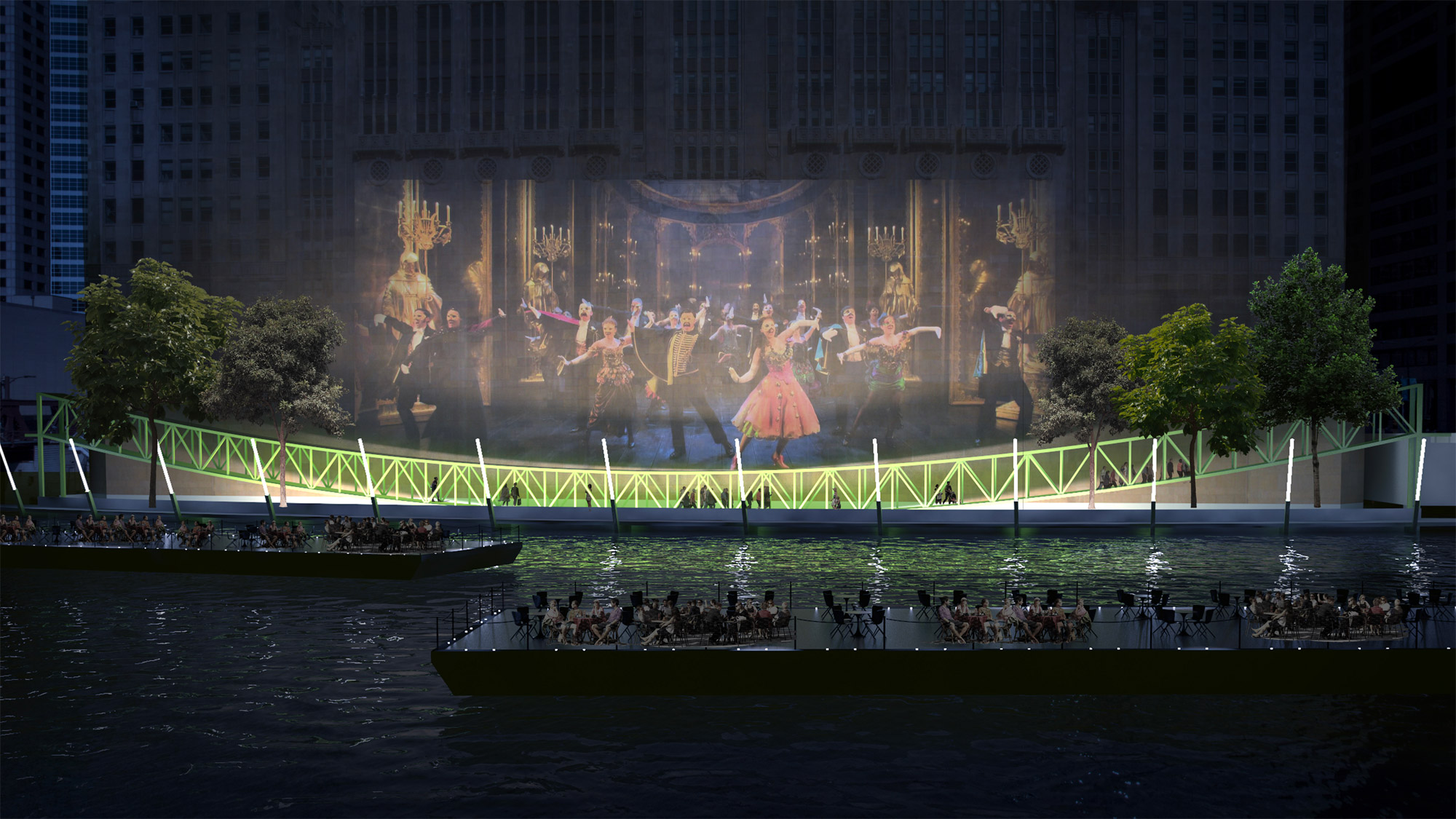 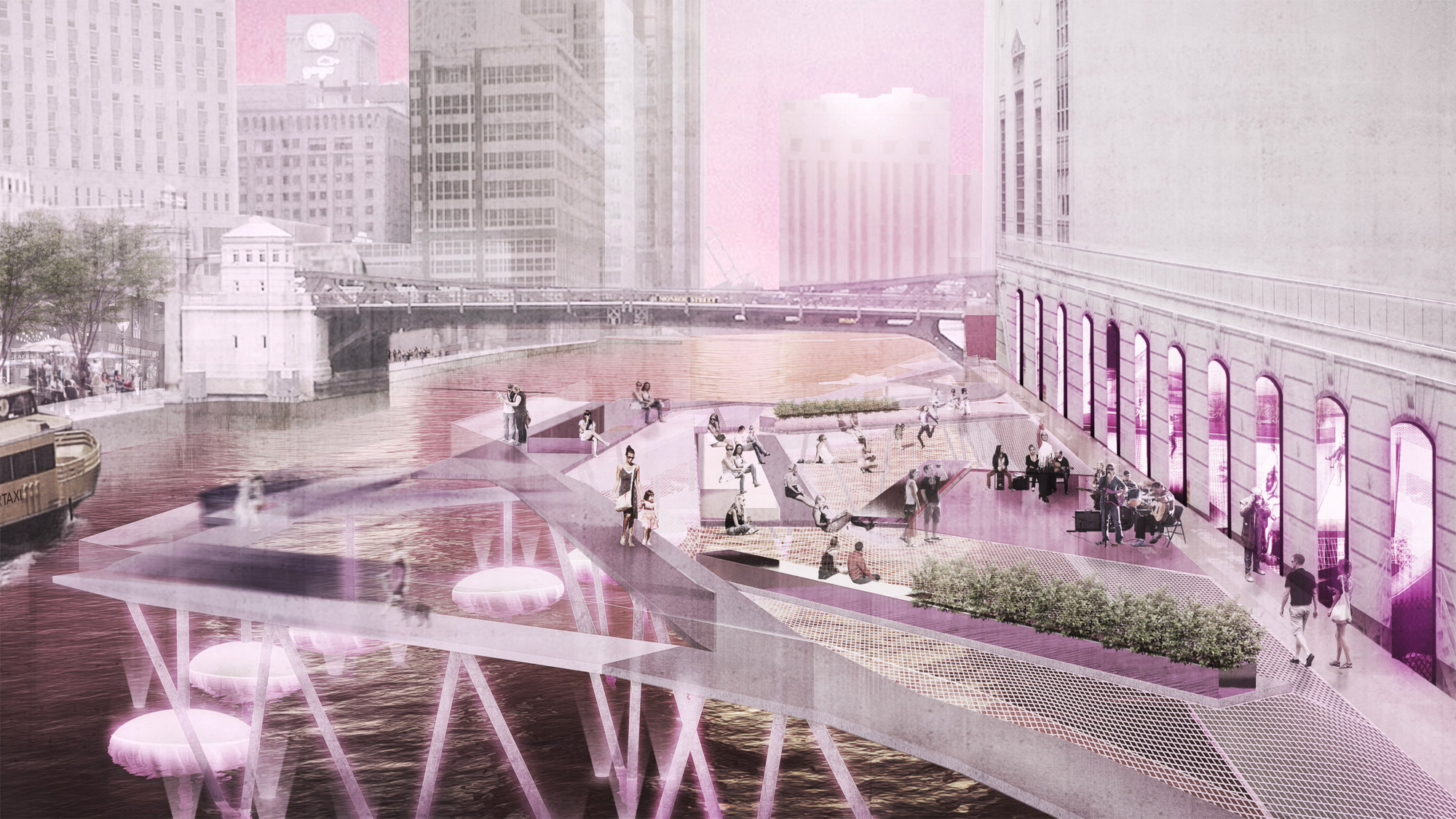 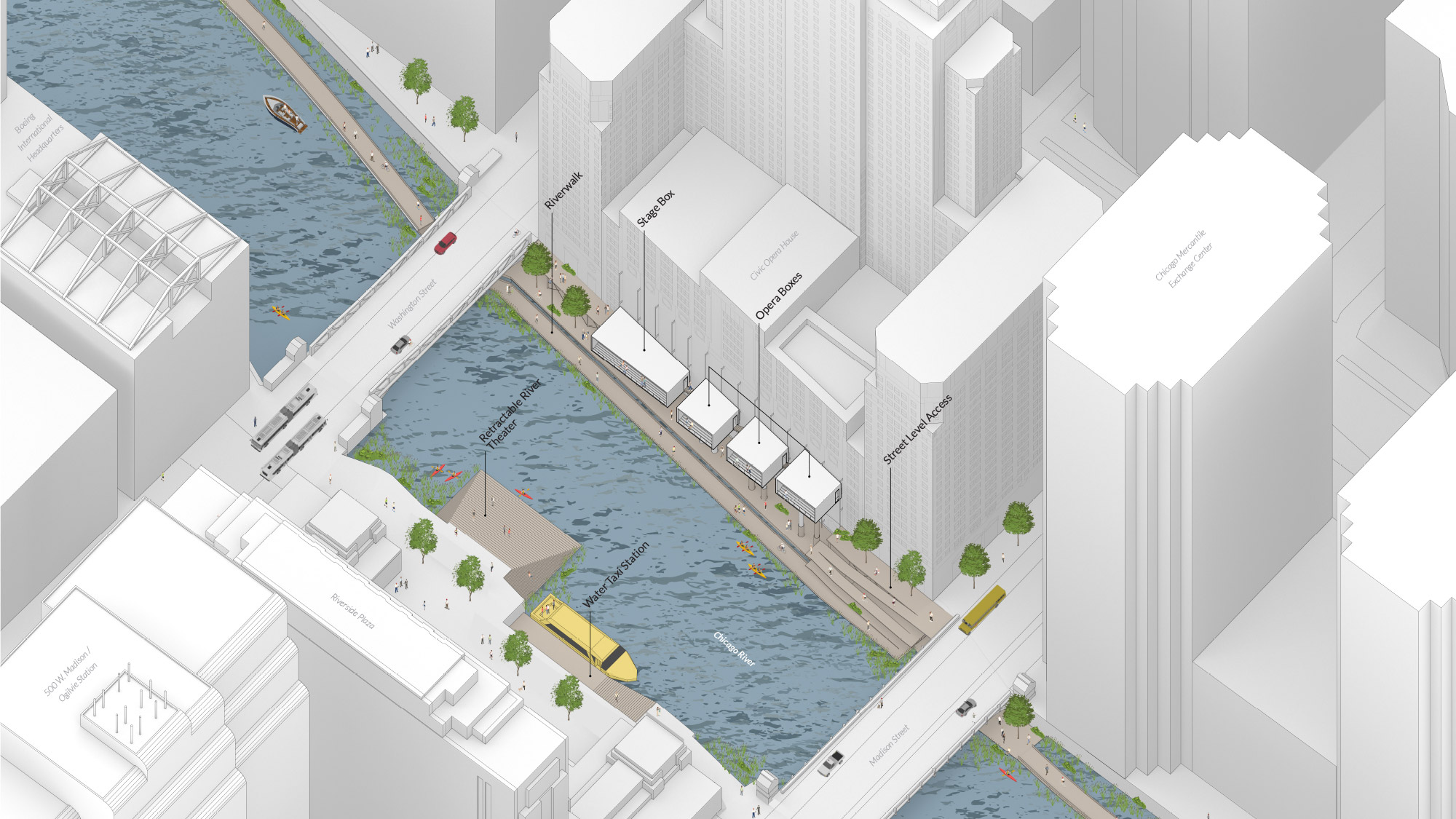